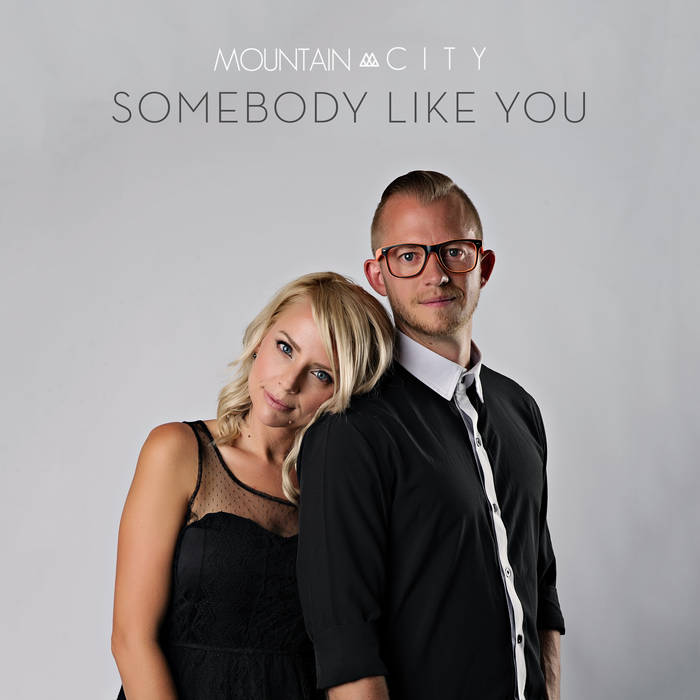 The intro is pure MountainCity, vocal-only harmonies dropping right from a clear blue, Colorado sky. Then comes the guitar-driven, foot-tapping beat, and it’s time to roll your windows down, hit the backroad and turn up the volume! This is a breeze-in-your-hair, country music anthem to love and the second cover song MountainCity has released.

Dave’s affinity for country music is a well-documented fact and he has always loved this particular Keith Urban song.

“Keith Urban is a total shredder of a guitar player, singer, and songwriter,” Dave tells us, “so it’s fun to support him by recording one of his songs.”

Billboard named Somebody Like You the number one country song in the first decade of the 21st century. The MountainCity version is thick with guitars and keyboards. With Mike Binder at MGB Music in Boulder at the helm, they ended up with a lush “mixture of EDM, pop, and acoustic-swirl,” according to Dave.

Dave tells us Somebody Like You carries a special significance for him and Tara. Long before MountainCity, the band, was ever even on the horizon, Dave and Tara had a chance to perform the song.

“We played it for the first time in 2010 at our cousin’s, The Powers’, live CD release party in Couer d’Alene Idaho. They asked us to be the opener for their concert. So we did a couple of songs we had written and this one,” Dave recalls. “We had so much fun playing and singing it, we’ve been playing it ever since.”

His enthusiasm for the song illuminates this performance. Dave shines on this recording and on Tara, with her perfectly synced harmonies reflecting his light – she, his heart-thumping raison d’etre.

Dave’s ability to communicate a lyric vocally is matched only by his incredible guitar performance. If you missed the typical instrumental intro, stay tuned. The song ends with a retro fade guitar jam that will have you moving, one way or the other.

The song is undeniably a tribute to one of Dave’s favorite artists. “I’d love to open for Keith Urban in a couple of years,” Dave said. He laughs at that, but we don’t think he’s kidding.

Verse 1:
There's a new wind blowing like I've never known
I'm breathing deeper than I've even done
And it sure feels good to finally feel the way I do
And I want to love somebody, love somebody like you

Verse 2:
I'm lettin' go of all my lonely yesterdays
I've forgiven myself for the mistakes I've made
Now there's just one thing, the only thing I want to do
I want to love somebody, love somebody like you

Chorus:
Yeah I want to feel the sunshine
Shining down on me and you
When you put your arms around me
Baby there ain't nothin' in this world I can't do

Verse 3:
I used to run in circles going nowhere fast
I'd take one step forward and two steps back
Couldn't walk a straight line even if I wanted to
I want to love somebody, love somebody like you

MountainCity recorded this song with Mike Binder at MGB Music in Boulder, Co.

Special Thanks from the band to all of our AMAZING family and friends that helped make our Kickstarter campaign a success, making this recording possible!

Thanks to everyone who buys our songs and shares our music!

MOUNTAINCITY is a married singer-songwriter duo from Colorado. We write, record, and perform songs that shine a light on authentic love.

Bandcamp Daily  your guide to the world of Bandcamp